Today I needed to spread my wings and take a stroll with a bit of magic. I’ve been following the blogging elf’s blog and decided to check out the quaint Shire as she suggested. I was not disappointed.  Grass covered, rolling hills, and cute homes for rent create a tranquil sanctuary.

We ❤ RP has fantastic items as always and I wanted to share more of the goodies from the current round that I’m wearing. I already blogged about the lovely hair Navi by Pr!tty, so this post is focused on the corset, capris legs, and deer skin tattoo.

First up, the Vampy Corset Bodysuit is really well made and detailed. I love that it’s broken up into three pieces to allow the wearer to find the best fit possible with the given sizes. This is perfect for those of us that like to show off our curves. A Hud comes with the corset that allows the wearer to change the metal parts color for easy outfit coordination.

The Capri Legs were a surprising find for me. I’ve not been drawn to faun type things before but they looked fun and I’m a curious cat, so why not? There are several color versions and the legs come with a Hud as well to change between silver or gold metal. Only modification I had to make was less leg muscle to fit within the metal band

Oh Deer.. by [the Skinnery] is a delightful tattoo that blends well and looks just like a young doe’s coat. Paired with the right accessories, this tattoo could make for some nice cat spots too in my opinion.  Deer, faun, cat; whatever the case, I love the detailing of this tattoo which covers the face, arms, chest, and legs. Included with the system layer tattoo are appliers for Maitreya, Belleza, Slink Physique, and LeLutka Mesh Head. 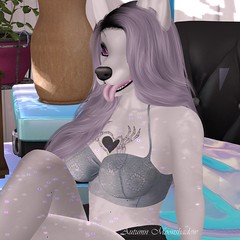 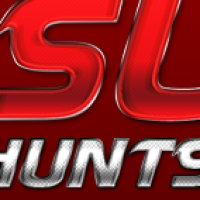 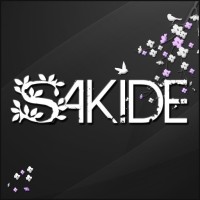